This is not your normal Salsa Class.

Salsa music is rich and complex. It is more than just counts, it has it’s own heartbeat known as the clave.

But do we really understand the clave? Or  Tumbao?

Go beyond just learning turn patterns. Salsa has a natural swing rooted by the foundations of afro latin rhythms. By connecting to the music you can gain a deeper understanding of movement and flow.
Dispel the belief that you cannot find the ‘salsa’ rhythm without counting, one of the most effective ways to learn to dance On2 is by Internalise pulse and rhythm, incorporating the clave and Tumbao helping you find your own swing, using the count as a tool and not as the rhythm.

Beginner/Improvers Classes will be held in one and half hour sessions.

these are not absolute beginners, classes are suitable for On1 dancers wanting to learn On2 / Contra-tiempo

Intermediates Classes will be held in 2 hour progressive format.

both classes will be covering:

From the music of Son Montuno to Mambo / Salsa, from the dance of Son, Palladium Mambo On2, to Modern day New York On2., whether you dance On1 or On2, these classes will  will be impactful to your dance development.

Weekly classes designed to get to the heart of rhythms that make up Salsa, if you want classes that give you more than the count of 1,2,3 5,6,7 teaching to movement, body isolation, musicality using the foundation of what makes Salsa music, then join us every monday for our 2 hour progressive classes with Edwar Ramos, one of the best Dancers

Specifically, the conga is struck with 2 quick beats and then a 3rd “slap”, usually on the outer edge or rim of the drum, in the pattern of quick quick slow.
Sometimes this is audible in both 4 beat measures, and sometimes only in the first measure………. 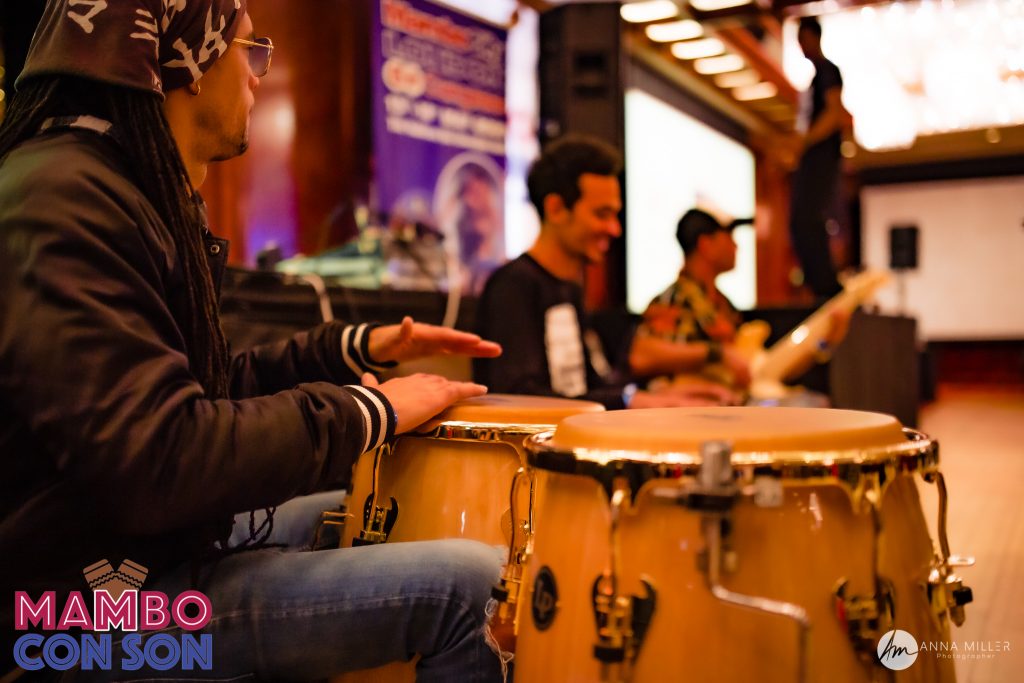 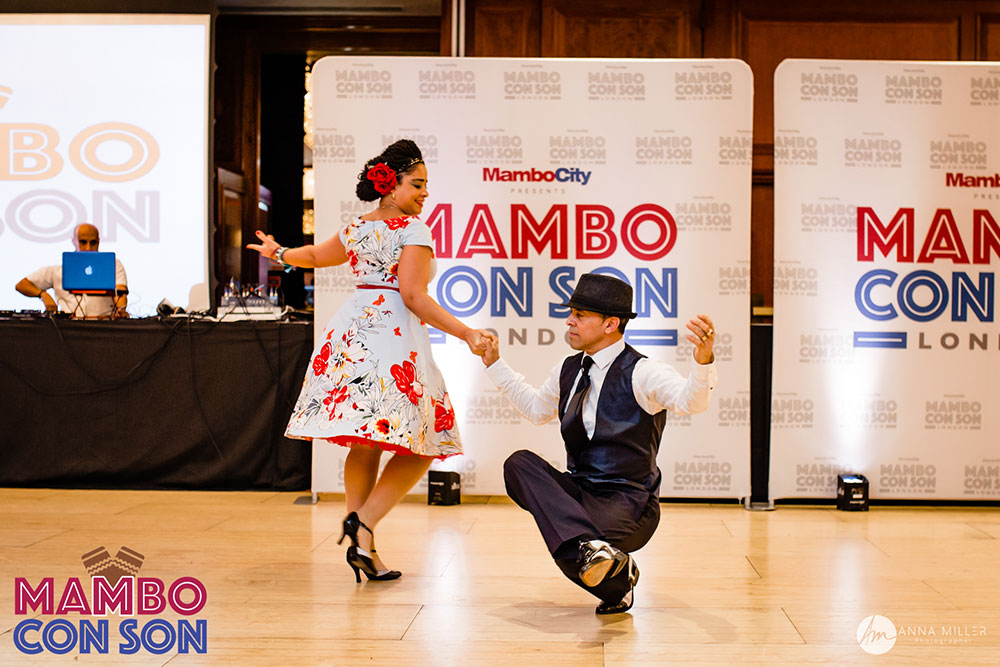 “Cuban “Son” music is to salsa as roots are to a tree. Salsa has many roots, but the style that gave rise to and shaped it more than any other is Cuban Son. Son is the most important and influential music to have evolved in 20th Century Cuba. Armando Sa’nchez, leader of Conjunto Son de la Loma, states that the Son “is a people’s music-a true expression of the Cuban people’s history and life.” This music, more than any other, expresses and identifies the ethos of the Cuban people. “Son originated in the 1800’s in the mountains of Oriente………

Since the mid-nineteenth century, Cuban popular music has played an important role in urban western culture. From the habaneras danced in the salons of New York City in the 1860s to the congas, rumbas, cha-chas, son-montunos and mambos of more recent vintage, Cuban dance has exerted a powerful international influence……. 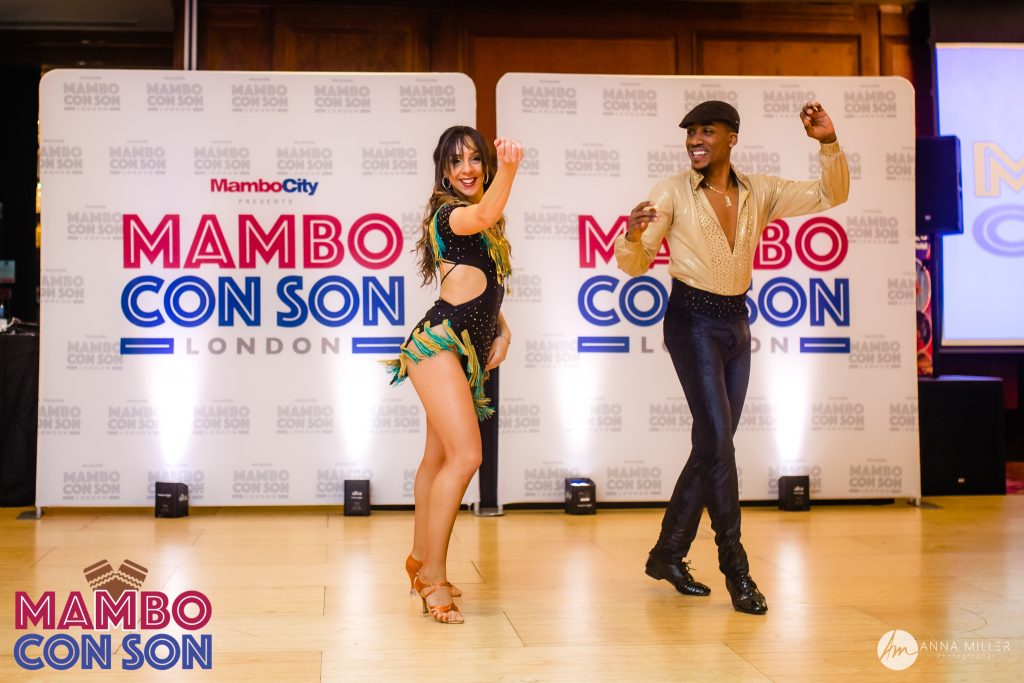 History of The Son and The Mambo

We started talking 100 years ago, in the mountains of eastern Cuba, some guitars, clave

There are different types of NENGONES(SON)

In 1920 the famous Havana sextet was born, the first sound group to record discs.

On May 8, 1925, the most universal of Cuban groups emerged.  the trio Matamoros creators of trova ( échale Salsita)

The mambo has been the subject of discussions già that there are many versions of inventors.  in 1937 Israel Prado how much that in those times was a very romantic time and he decided to reduce it già that you couldn’t dance that way and it was reduced to DANZÓN MAMBO

In Mexico there was a super Cuban musician named Damaso Peres Prado, better known as the king of the mambo, who made this rhythm known and spread his music throughout Latin America and is currently known as the creator of the mambo.

NEW YORK AND ITS INFLUENCES WITH THESE GENRES

He was born in New York of Puerto Rican descent. Originally he did not play the pailas, but rather the drums.  There he found his mentors, one of them was withered, who together with Tito Rodríguez played together at the mambo house in New York.

The clave creates a complex, syncopated, unevenness in the rhythmic structure that builds a tension in the group of 3 taps, and then releases or resolves that tension in the group of 2 taps, once in each of the 2 measures. It does this by going against, and then rejoining, the regular 8 beats, a little like one instrument playing in 4/4 time, and another playing in 3/4 time simultaneously.

This syncopation fascinates and inspires those more experienced ON 2 dancers who are particularly in tune to the music, and affects the way they feel and move when they have reached the level of the dance where they are truly “dancing in the music”. You may have heard the expression “Dancing on Clave” to describe New York On 2 mambo.

As an example of how the clave makes us feel and move, we break on 2 and 6, but the 6 break feels much more emphatic and part of the body than does the 2 break when we are dancing to a song with a 3/2 clave, because the 6 break is “On Clave”, at least when it’s audible in the music. In contrast, when the song we are dancing to has a clear 2/3 clave structure, the 2 break feels stronger than the 6 break. Many intermediate and advanced ON 2 dancers feel this difference, particularly those who are closely attuned to the music.

It is in the nature of the clave rhythmic structure that the 2 beats always stand out more emphatically than the 3 beats. That is, they feel stronger in the rhythm. Partly this is because the 2 beats resolve the syncopated unevenness or tension of the 3 beats. When we are breaking on 2 and 6, we are actually changing our body direction in conjunction with the strongest rhythmic emphasis in the clave’s beat. So although we don’t literally step on every clave beat, we do make a major body movement (a change of direction) on the major beat of the clave, the 2 beat which resolves the tension. It is in this sense that we “dance on clave”.

I would like to express my thanks to Jimmy Anton, Addie Diaz, Carlos Koenig, Frankie Martinez and Eddie Torres, for their help in clarifying and putting into words the role of this fascinating and complex rhythm instrument, the clave, and how it forms a foundation unique to salsa and ON 2 mambo dancing.

Specifically, the conga is struck with 2 quick beats and then a 3rd “slap”, usually on the outer edge or rim of the drum, in the pattern of quick quick slow.
Sometimes this is audible in both 4 beat measures, and sometimes only in the first measure.
The 2 quick beats are on 8 and 8 1/2, and on 4 and 4 1/2. These 2 quick beats serve as a lead-in to the 1st and 5th beats of the measure, the 2 heavy downbeats that we step on when dancing ON 2. 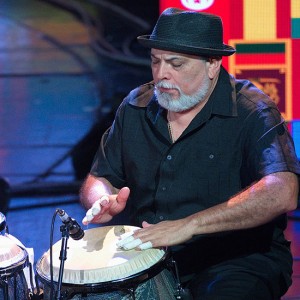 In fact, when the 2 quick beats of the tumbao are very clear, they have the effect of “rushing us” into the 1 and 5 steps, making us hit them more emphatically and, sometimes, slightly early, which gives this style of dancing a snap and quickness in the look and feel.
Sometimes the “slap”, or the “slow” hit of the tumbao is not audible. But when it can be heard, it is often the heavier and more emphatic sound coming from the conga drum. That sound comes on the 2nd beat of the measure.
This means that if the Tumbao sound can be heard during both 4 beat measures making up the 8 beats we dance to, then the strongest points of emphasis are on the 2nd and 6th beats, which is where we “break”, or change our body movement direction, when we dance ON 2.

We Start On The Major Downbeat, We Break On The Clave And The Tumbao When Eddie Torres says that this On 2 timing and style of mambo dancing “logically fits the rhythm of salsa music”, he is referring to the fact that the strongest beats in the rhythm, the 1st and 5th beats, are where we begin our moves: we begin our basic step, our cross-body-lead, our turn patterns, our shines. In other words, the beats with the greatest rhythmic thrust (1 and 5) are what power the “On 2” dancer’s moves. The greatest “push” or “action” in the music’s rhythm (the 1 and 5 downbeats) empower the greatest “action” in the dancer’s body (the initiation of a move).
In addition, as noted above, we do our 2 strong body motions, the 2 and 6 breaks (change of body direction), on the major rhythmic beats of the clave, and the strongest sounds of the conga drum, the 2 and 6. So in all three ways (the strongest downbeats, the clave and the tumbao), this particular mambo dance style and timing expresses in its strongest body movements what the structure of salsa music expresses in its strongest rhythms.

We start on 1, we break on 2: This distinguishes standard New York On 2 timing from those which break on 1, 3, etc., and those which don’t begin their moves on the 1st beat, such as timings where the dancers step on 2, 3, 4, and 6, 7, 8, for example Razz M’ Tazz and some Palladium, ballroom and international styles. Cuban Pete’s Personal Opinion – Quoting Fernando Lamadrid, “Cuban Pete, one of the greatest dancers of the Palladium era once explained it like this: “Dancing “On 1” is dancing “TO” the music. Dancing “On 2” is dancing “IN” the music. And at a panel discussion at the World Salsa Congress, he said “….Dancing “On 1” is like dancing to the melody of the music, while dancing “On 2″ is like dancing in the rhythm of the music.” It might actually be more precise to say “…….dancing “On 2″ is like dancing in the rhythm of the clave’s tension-resolving and dominant 2 beat”. While these statements are only an opinion, they are not uncommon. They do reflect many On 2 dancers’ belief and feeling, especially those who danced on another timing previously, that this particular method connects them more to the rhythmic percussive elements in the salsa music. And, by the way, most of us also love the melody and the words in the songs, not just the rhythm. The major point here is that the New York On 2 timing connects very well to the rhythmic structure of classic salsa music.

Please note, however, as mentioned in our Welcome & Introduction to this web site, that nothing here is meant to suggest that different ways of dancing to salsa music are any less legitimate or less enjoyable. No offense is meant, and none should be taken. There is no right or wrong way to dance. One can dance in many ways, and in connection with many different aspects of the music: rhythm, melody, mood, meaning of the words, tempo, harmony, intensity, etc. What matters most is what each dancer prefers…..and that they don’t smash into their neighbours on the dance floor.